The birthstone for July is the carnelian, a form of chalcedony. It is usually offered as a brownish red coloured stone, but can range from pale apricot through bright orange to a darkish chestnut. It is found in Brazil, India and Uruguay, in forms translucent to opaque.

The chemical composition of carnelian is silicon dioxide, enhanced by iron to give it colour. It can be distinguished from reddish brown agates by the fact that the inclusions causing the opacity are cloudy and evenly distributed, and not organised into bands.

In the Granary Knits Etsy store, carnelians feature in a number of pieces of jewellery as part of a mixture or as standalone gemstones. 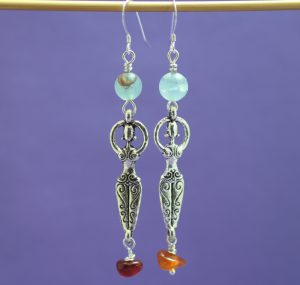 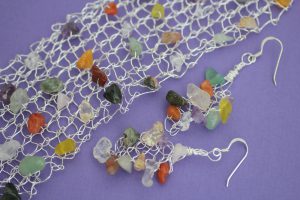